Modeled on a female Bushmaster (lachesis muta) skeleton, Lachesis is a work conceptualized from biological and evolutionary interest. Discoverers of the species showed respect for the snake’s power, aptly naming the genus Lachesis after the Fate who limits the thread of life. This 40-foot long, fully articulated serpent contains 60 individual joints, allowing for horizontal and vertical movement at each vertebrae. Of interest is the tapering along the ribcage: unlike a male snake, which tapers regularly from neck to tail, a female snake's body is regular in its midsection to facilitate the passage of eggs. Particularly fascinating is that the final regular vertebrae sometimes contains vestigial hips. This marks a point at which serpents presumably had appendages and a point of species divergence where Mammalia may not have been so strikingly different. 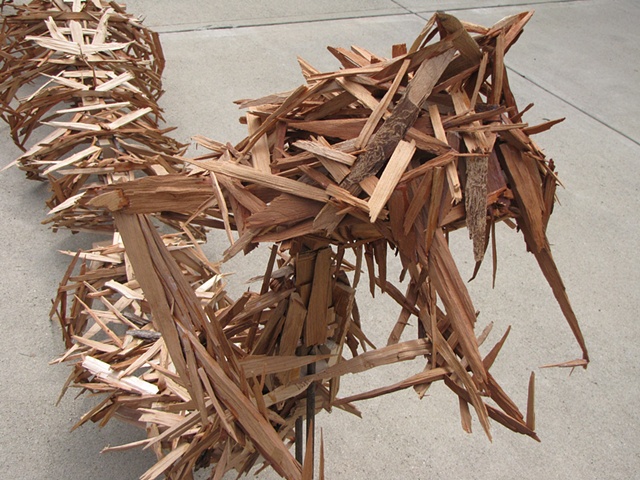 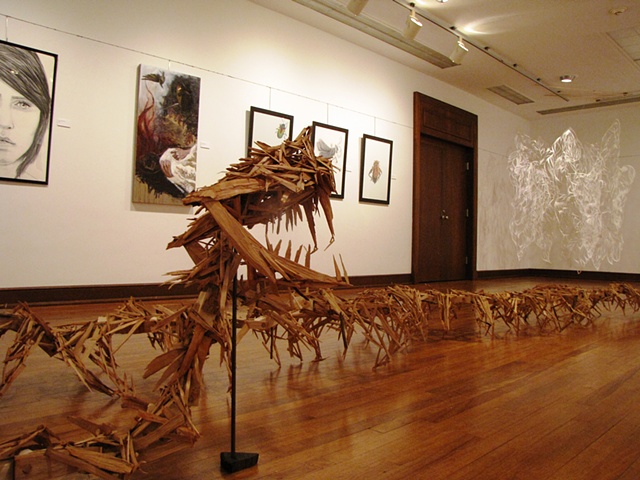 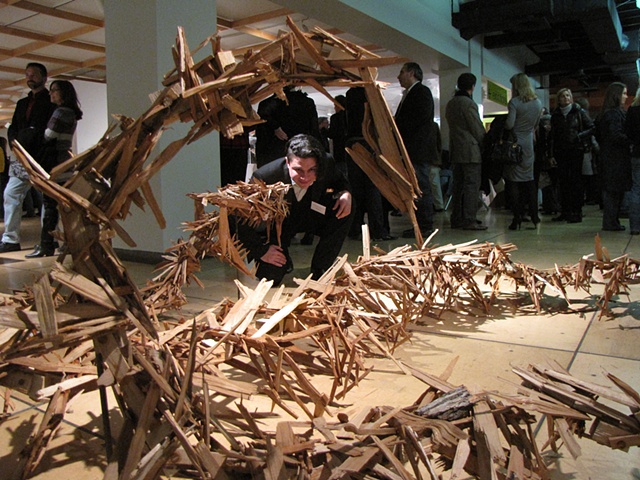